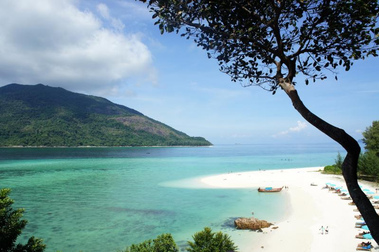 Koh Lipe
A small little island in Southern Thailand right on the Malaysian Border. The island lies just outside the Tarutao National Marine Park. So out of the whole Adang Archipelago, this small island is the only one allowed to have commercial business built on it. The island was settled by the Chao Lei people, (Sea Gypsies) An Ethnic minority that has settled on many Islands in the area. Originally from Malaysia the Sea Gypsies run many businesses on the Island, they have a small community and school here also.
Koh Lipe is small, you can walk from one side to the other in 10mins. For the moment I think it has the right balance and feel between activity and relaxing, there's plenty of bars and restaurants to choose from. The island is just touristy enough, not too many people or overly built up, but just enough to keep you comfortable and have a good time,
The Island's main beaches are Sunrise Beach, Pattaya Beach and Sunset Beach.
Snorkeling is great all around the island, but the water is usually calmer on the Sunrise side, and there is two little tiny islands just off the beach which have amazing corals and sea life. East to West is connected by a 'Walking Street' where you will find the majority of all the restaurants and bars. DO stop by Thai Lady Pancake some of the best pancakes i have ever had where in there!! Do drag yourself away from the beach and take a walk up to the Viewpoint on Neighboring island Adang. A long tail costs 50Baht to take you here, from the Ranger Station follow the marked route up the hill through the Jungle. You will be rewarded with amazing views of Lipe like the one above, Bring plenty of Water!! 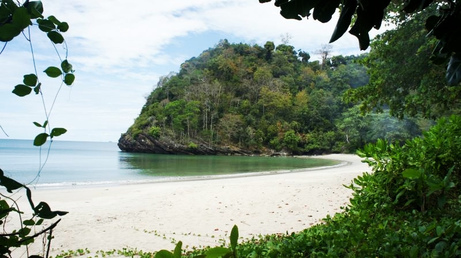 Ao Molae Beach, Koh Tarutao
Koh Tarutao
A Beautiful island getaway. This Island is Part of a Marine National Park,. It is teaming with wildlife, both in and out of the water. There are Crab eating Macaques, Dusky Langurs, Horn Bills, Giant Snakes and more! The only accommodation on the island is run by the National park. There is a small Visitors Center at the Pier where you can book you bungalow 600baht or rent a tent around 250baht. There are a couple of Beaches to stay.
Ponte Malacca is the Nearest to the Pier, has a shop, restaurant and you can book a few day trips here too.
Ao Molae, Further South from the Visitors Center is, i think a bit nicer than Ponte Mallacca, it has more of a Castaway feel, there is only around 12 Bungalows, a Camping Area & a Restaurant. Its Small and in amongst the wildlife, Watch out for the Monkeys!!
On Koh Tarutao as with most National Park Islands there is limited power. So electricity is only available between 10ish Pm to 12.30am and no A.C.
Contact for accommodation in advance as accommodation is limited. Agencies in Pak Bara, or Koh Lipe can do this for you also
Mu Koh Tarutao National Park Tel 0 7478 3485, 0 7472 9002-3

Koh Kradan, A quite little island in the Trang Province, near Koh Muk & Koh Ngai. There is not a whole lot to do here other than, relax, swim, relax, eat, snorkel, relax some more, etc... The Island is small and there is only a handful of accommodation, there is a jungle trail connecting the island or you can just walk around the coast. The best snorkeling is by far Ao Niang Beach. There only one place to stay here, but has all you need and the owner Promuk is super friendly. There are no Atms on the island. 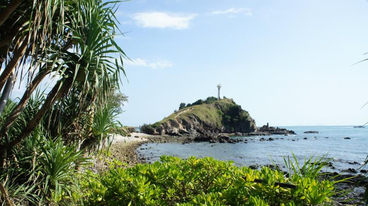 Koh Lanta National Park
Koh Lanta
or Koh Lanta Yai to give it its full name is a large island along the Andaman Coast, it has long white sandy beaches and is a popular with people seeking beaches away from parties and that kind of scene. It is a family friendly place, plenty of places to stay, and eat. All the touristy stuff is along the west coast, and the further south you go the quieter it gets. A good idea is to rent a scooter and explore the Island. Lanta Old Town on the East coast is worth a look, it is settled by old Sea Gypsies (Chao Lei) and has some good restaurants and shopping. Also further South is the Koh Lanta National Park. There is a nice quiet sandy little beach and park area, you can also climb up the lighthouse giving nice views over the surrounding are 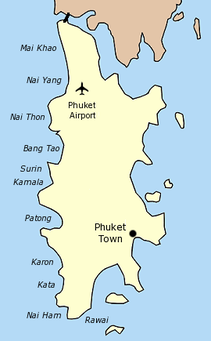 Phuket (pronounced Poo ket.. not Foo ket !!!)
Phuket is Thailand's largest island, and its also once of the biggest party destinations in all of Asia. Most tourists will stay along the west coast.
Patong Beach is the largest, busiest and craziest place on the island. There are hundreds of bars, hotels, restaurants, night clubs, massage parlors etc.. Its not my scene at all but Patong is constantly crammed/ overrun with party goers, attracting millions of people every year. The beach itself is long, busy and, filled with people. The water is equally busy with various water sports, jet skis, para sailing etc, so not great for snorkeling.
Further south is Is Karon Beach, the second most built up beach on the island, then Kata Beach, a small clean beach. All these beaches are always full, but generally the further away from Patong you get, the less crazy it gets.
There are some small quiet beaches along the southern tip of the island. You can get a taxi or Tuk Tuk to drop you down.
I just came to Phuket to see what the big deal is. While the big overrun with tourist party scene is of no interest to me, there is more to Phuket than this. The interior of the island has some nice jungle hilly scenery, There are some wildlife parks to visit and many temples around too. I stayed in Phuket town, which is much quieter than the western side of the island. Food and accommodation is much cheaper here. There is also a bus that runs from the bus station to Patong costing 30 Baht or less, a taxi might cost 10 times more! I also recommend staying here if you are heading on to the Phi Phi islands as the pier for departures is nearby here, so makes catching that early morning ferry a little less painful! 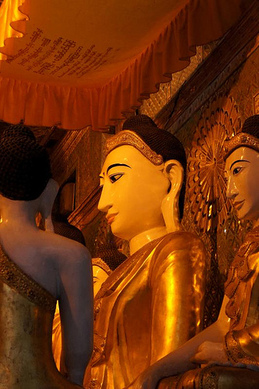 Chiang Mai, the largest city in Northern Thailand. The old walled city is surrounded by a moat, filled with 100s of temples, and has a string of fantastic celebrations throughout the year. There are excellent trekking opportunities available to visit outlying ethnic minority villages in the hills nearby. A huge night market, and amazing street food.
A great time to visit here is for Songkran, The South East Asian New Year in mid April. Known to the westerners as the Water Festival!
A Giant water fight! lasting days, the city goes nuts and nobody is safe!! Bring a water pistol and some dry bags!!
During the Lunar New Year, usually in Feb
Will see the releasing of 100's of lanterns into the sky, a really magical experience

Chiang Rai,
The Magnificent White temple is worth going up here alone.
There are plenty of other fantastic temples here to explore too. From here you can visit surrounding hill tribes, visit the Golden Triangle, an infamous area associated with the drug trade, or go pop yourself on a boat down the Mekong to Luang Prabang, Laos, a 2day trip

Myanmar- You Must Fly in and out of Myanmar, you can get your visa in Bangkok within 3 days, There are a couple of places along the Thai/Burmese Border where you can cross overland but this is only for one day and you must return through the same point of entry.
LAOS- If you are moving onto Laos from northern Thailand you will have to spend Either 2 days on the Mekong to get to Luang Prabang or Catch a bus to Udon Thani then a short bus to Nong Khai 1 hr,  and you will be seeing Laos Across the friendship bridge, Vientiane a short drive away
CAMBODIA-There are regular buses and minivans from Bangkok to the border at Poipet, you can book straight to Siem Reap. you will be dropped off at the border and picked up the otherside
Malasyia- You can island hop from Koh Lipe the southern most Thai island to Langkawi Malaysia, a 45 min speed boat ride away, the best way if you are going to Langkawi anyway.